Your Guide to Virtual Fitting Rooms

Everything you need to know about the tech that allows shoppers to try stuff on at home. 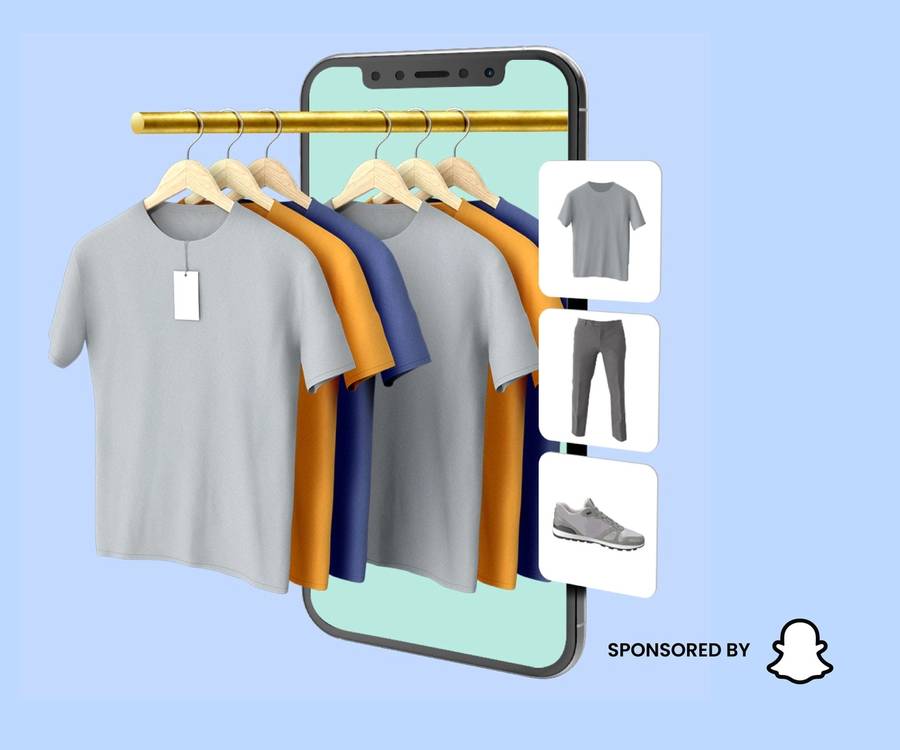 Ah, online shopping—the great, frictionless experience that has evolved to allow shoppers to tap a button or two and summon new stuff to their home in a matter of days (or...even hours).

As the internet has grown more ubiquitous and sophisticated, the popularity of at-home on-screen shopping has also risen steadily. And while the death of brick-and-mortar sales has been more overhyped than a Supreme drop, our pandemic-mired era has, without a doubt, accelerated the global embrace of online shopping. In fact, e-comm will make up 15.3% of all retail sales in the US this year—up from 7.1% in 2015, per eMarketer. What’s true for commerce overall is true for apparel in particular: 35.6% of apparel was bought online in 2020, compared to 16.7% a decade ago.

One problem? People like to try before they buy—especially with apparel. In pre-pandemic times, the No.1 reason shoppers would visit stores instead of smashing that Add to Cart button was to touch and try on apparel, per NPD Group research from 2019.

“The fitting room is still an opportunity to make a personal connection with your consumer since it is still an integral part of the overall shopping experience,” NPD Group’s Maria Rugolo, its apparel industry analyst, noted at the time.

Obviously, this hasn’t stopped many millions of people worldwide from buying clothes online. But the inability to try things on—to imagine what that new dress, or pair of sneakers, or jeans will look like—is a pain point. The fitting room of your local department store may be dingy and dimly lit, but it exists. And it helps you make a more informed decision. We’ve all tried on a pair of pants (or 20) in a dressing room, looked in the mirror, and said, "Nope."

Enter: the virtual fitting room. Since at least 2010, companies have been working on some form of technology that allows shoppers to “try on” clothes from the comfort of their homes. Retailers and tech companies from Warby Parker to Pinterest have latched onto the idea of solving the challenge via a mixture of augmented reality, artificial intelligence, cameras and other forms of sensors, and so on.

In this guide...We’ll walk you through the key components, players, challenges, use cases, and developments in virtual-fitting-room technology. And note that while some retailers would place things like in-store touch-screen displays that augment brick-and-mortar fitting rooms under this umbrella, that is not what we mean. We’re laser-focused on the tech that helps consumers see what apparel or accessories would look like on their bodies without ever putting anything on.

I. A brief history

Virtual fitting rooms require a lot of things to work: appealing clothing options, a willing shopper, investment from retailers, and, uh...obviously...tech that works.

Here are some of the core technologies powering virtual fitting rooms:

AR is one of the pillars of virtual fitting rooms. The tech “enhances” the real world by overlaying digital elements onto the physical world.

In the case of virtual fitting rooms, AR puts digital clothes, items, or makeup on a user’s image in real-time, allowing them to “try on” the items without...actually trying them on. There isn’t one wholesale application for AR tech either; some brick-and-mortar fitting rooms use entire “mirrors” (read: LCD screens) to “reflect” wardrobes back onto shoppers, while others (e.g., Warby Parker’s glasses try-on tech) are app-based, smartphone-powered features that allow a user to gauge fits/looks from the comfort of their home.

This guide is focused on the concept of a virtual fitting room from home, but it's important to note that retailers are toying with these concepts in-store too, and that such experimentation requires some additional bells and whistles. For example...

Tertiary tech: This guide is focused on the concept of a virtual fitting room from home, but it’s important to note that retailers are toying with these concepts in-store too, and that such experimentation requires some additional bells and whistles. For example:

Camera is king. Snap Inc. is the camera company that empowers people to express themselves, live in the moment, learn about the world, and have fun doing it. With powerful tools like augmented reality, Snap helps businesses—like HOKA and CUUP—connect with customers and drive results. Tap into the power of Snap AR here.

III. On the ground

So, what does all this tech mean in practice? We spoke to a few companies that are figuring that out.

“When someone is looking at a product, a certain percentage of people will always bracket: They’ll buy three, four, five sizes of the same item in the same color because they know that they want to get the one that’s going to fit them,” explained Richard Berwick, cofounder of a virtual try-on tech company Drapr.

“If we can add confidence to that user...to the point where they are going to buy one size, we just reduced a significant number of returns.”

Drapr, which was just acquired by Gap, lets shoppers create 3D avatars to see if they can really rock that parachute maxi dress. It says its tech can increase revenue by as much as 14%, but Berwick admitted the company has seen a wide range between brands.

One snag: There’s so much to take into consideration, from the actual clothes to different categories and customer sizes, Berwick said. Drapr regularly runs A/B tests, as well as customer surveys and screen recordings, to figure out which experience works best, and, in turn, drives value.

It’s a massive investment that a lot of big-name companies are willing to make. We mentioned Walmart and Snap in our timeline above, but Adidas, Asos, Kohl’s, Macy’s, and Nike are also testing virtual fit tech. And the list goes on...

Even a smaller brand like Merrell Shoes is taking strides in the space. It will introduce 3D-scanning to its app early next year, with help from Boston–based startup NetVirta.

Merrell believes the tech is a major step forward for the fashion industry, particularly when it comes to sustainable practices and minimizing returns.

IV. If you build it...will they come?

For all the big promises of virtual fitting room tech, it all comes down to how willing consumers are to actually use it. And as with online shopping in general, younger generations are more likely to use the tech than older ones.

Here's how US adults prefer to shop, according to a June 2021 Harris Poll-Retail Brew survey:

And overall, only 10% of consumers have used virtual fitting room technology when shopping, per the same survey. Here's what that looks like broken down by age:

So, what's the holdup?

“It’s not in our human nature to scan ourselves. Certainly, we haven’t grown up with that. We’re used to walking into a store, and all the products are there already,” admitted Beth Esponnette, founder of digital apparel startup Unspun.

NetVirta’s founder Jeff Chen made the same concession: “It’s still kind of a hassle, right? You have to download the app, do the scans, and then there are concerns with data privacy. These are all kinds of small frictions.”

Plus, plus, plus: Getting people to buy into the accuracy of the tech “without being able to touch and feel and try it on” is yet another challenge, tech analyst Victoria Petrock said.

But Esponnette sees an opportunity for the tech by tapping into customization. Unspun, for its part, also lets people create 3D avatars, but then uses that info to manufacture made-to-fit jeans.

“It’s going to be more than just convenient in the future. It’s going to turn into self-expression as well—being able to design and customize your own products,” Esponnette said. “I think it’s going to be something that people get excited about, and as everything becomes more and more digital, it will just become second nature.”

Angelo Coletta, CEO of computer software firm Zakeke, agrees, noting that retailers can build brand loyalty through more personalized shopping experiences. “To drive sales, increase repeat visits, and build a loyal customer base, retailers need to invest in the right kind of technology that’s easy to use, both for the retailer and for the consumer,” he told us.

Virtual try-on has to be widely available and useful for e-comm to become the dominant channel, said Drapr’s Berwick. (It totals less than a fifth of US retail sales worldwide right now.)

It can also help with inclusivity.

“It’s important that we’re building something that everyone can use,” he said. “More inclusivity in terms of sizing, in terms of colors, in terms of who it fits and how it fits them… [it's] all going to take place partially with virtual try-on as the driver for it, because you can learn faster with a virtual frame, then you can learn with real customer feedback.”

Editor’s Note: An earlier version of this story included quotes that were not intended to be published. The piece has been amended with the appropriate quotes.

Camera is king. Snap Inc. is the camera company that empowers people to express themselves, live in the moment, learn about the world, and have fun doing it. With powerful tools like augmented reality, Snap helps businesses—like HOKA and CUUP—connect with customers and drive results. Tap into the power of Snap AR here.

Stay up to date on tech

Drones, automation, AI, and more. The technologies that will shape the future of business, all in one newsletter.